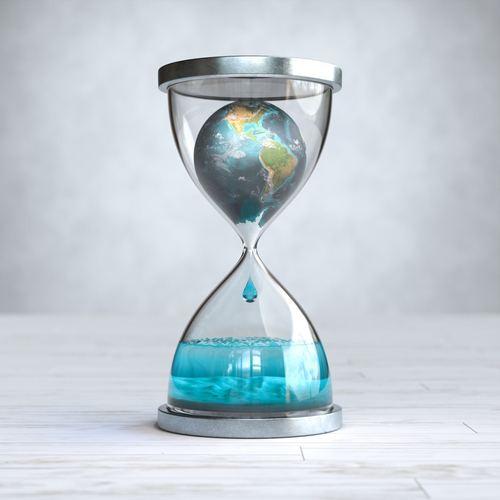 No country is safe from the consequences of climate change, so a transition to net zero is in everyone’s interests – but our speed will dictate our success

When G20 leaders first came together in 2008, they did so to address the greatest economic emergency in modern history. Then, the global financial crisis threatened to reverse economic progress and unravel globalisation, creating new fault lines in cooperation. Yet that meeting not only marked a new era in global governance and diplomacy, but also signalled a willingness to act collectively to address the substantive issue of the time.

Fast forward a little over a decade to the doorstep of a G20 summit in Rome every bit as crucial as that first meeting in Washington DC. With an agenda dominated by the twin challenges of post–COVID-19 recovery and the climate emergency, G20 leadership will be tested and perhaps even defined by its ability to make the difficult choices now for the good of long-term prosperity and security for all.

The Intergovernmental Panel on Climate Change has issued a code red warning. It makes the nature of our situation clear. We have negotiated and procrastinated our way into an emergency that has been gathering strength for decades. Previous generations of leaders could hide from the faraway threat of climate change. This generation must pull together with historic levels of courage and present a unified and immediate response.

They can do so confident in the knowledge there are conventional solutions available. The energy transition dominated by renewables has the power to address the overwhelming share of carbon emissions quickly, cost-effectively and with significant benefits to growth, health and development.

IRENA’s ‘World Energy Transitions Outlook’ released earlier this year presented a net zero energy path to the middle of the century that doubles total energy sector jobs, adds 2.4% to global gross domestic product over the next decade and yields economy-wide benefits valued at between $2 and $5 per dollar invested to 2050, while getting us to carbon neutrality.

There will, of course, be challenges. Our scenario shows fossil fuel use declines by more than 75% by 2050 relative to today, based on rapid transition measures starting now. By 2050 coal becomes obsolete entirely. This will not be a painless transition – but with sufficient will and perspective we can choose to make it a just and inclusive one.

Strength can be drawn from the unprecedented momentum that exists. More than 130 compacts were submitted by local governments, businesses, international organisations, youth networks and more at the recent United Nations High-Level Dialogue on Energy. Countries accounting for more than half of global emissions have communicated net zero plans and 41 countries are signatories to the Powering Past Coal Alliance, setting out an agreement to phase out coal entirely by 2030 in the European Union, and by 2050 in the rest of the world.

Major financial institutions and economies are reorienting portfolios away from risky coal investments and towards the future of energy. At the UN General Assembly last month, China announced it would stop overseas coal funding and the United States pledged to double the climate finance it offers to developing countries. This reorientation of energy and development capital comes as the transition gathers pace.

Renewable additions hit record highs in 2020 with 60% of the new capacity delivering power at lower costs than the cheapest new fossil fuel option. Since 2010, the 534 GW of renewables added in emerging countries at lower costs than the cheapest coal option is reducing electricity costs by around $32 billion every year. These are unstoppable trends that can be harnessed to inspire greater action.

By focusing on everything we have to gain rather than what we stand to lose, policymakers have an opportunity to shape positive national economic narratives for decades to come. One such opportunity is in offshore renewables. IRENA’s action agenda for offshore renewables presented earlier this year outlined 50 concrete policy actions designed to exploit the massive ocean energy potential in the G20. Such measures would position G20 members at the forefront of a burgeoning blue economy and overshadow the decline of coal.

When G20 ministers spoke of the need to consider ‘national circumstances’ in phasing out coal and inefficient fossil fuel subsidies in their July communiqué, they did so knowing this day would come. In Rome, leaders must recognise national circumstances will not safeguard any country or its people from the consequences of climate change. This transition serves the long-term national interests of every country, both within the G20 and beyond.

We are heading towards an energy system dominated by renewables and complemented by green hydrogen and modern bioenergy. But with COP26 at our doorstep and the climate clock ticking, the speed at which we transition will dictate our success.

As British prime minister and COP26 co-host Boris Johnson said recently, we must show we have the maturity and the wisdom to act. The time has come to make a choice. With the eyes of the world on the G20, let us choose to act wisely, and quickly.