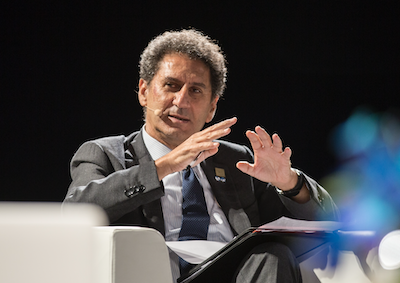 Francesco La Camera assumed the role of director-general of IRENA in April 2019. He formerly served as director-general of sustainable development in Italy’s Ministry of Environment, Land and Sea. As the national coordinator for climate, environment, resource efficiency and the circular economy, he led the Italian delegation at several Conferences to the Parties to the United Nations Framework Convention on Climate Change. He participated in several G7 environment ministers’ meetings as host under Italy’s 2017 G7 presidency. He also served as co-chair of the Africa Centre for Climate and Sustainable Development and co-chaired the Financial Platform for Climate and Sustainable Development.

Political spirit for renewable energy has rapidly gained ground, but the speed...

Power behind the energy transition

Time to make a choice

No country is safe from the consequences of climate change, so a...

Renewable energy represents not only a tool to reduce climate heating, but...