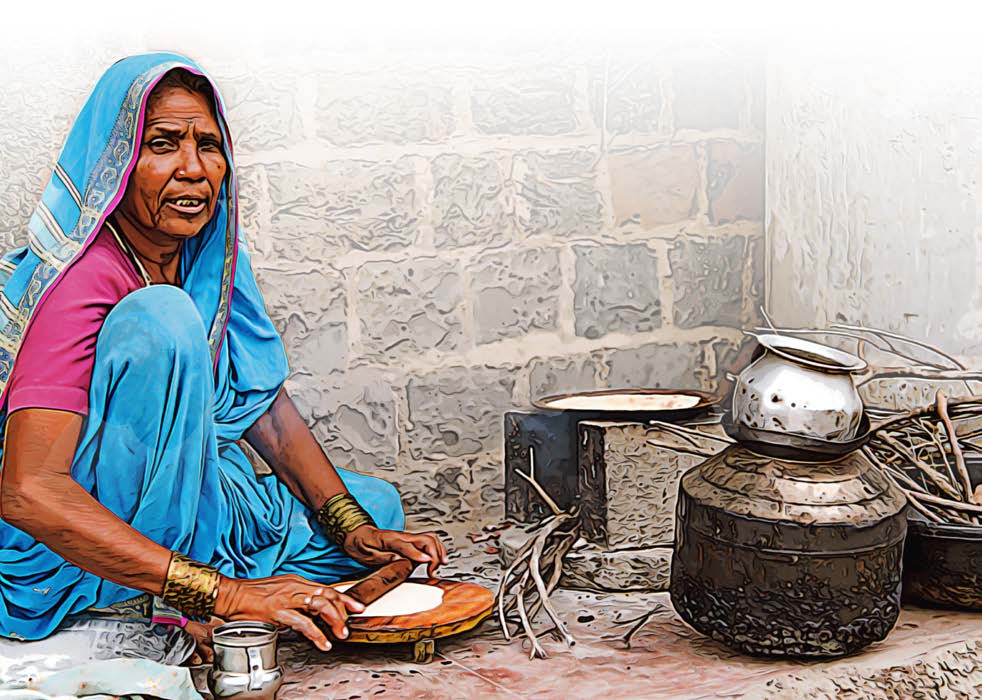 After years of steady progress towards Zero Hunger, chronic undernutrition is now rising. According to a recent report from the Food and Agriculture Organization, the International Fund for Agricultural Development (IFAD), UNICEF, the World Food Programme and the World Health Organization, the number of hungry people rose to 821 million in 2017, up from 815 million one year earlier. This was an increase from 784 million in 2015 when, ironically, the situation started worsening just as the Sustainable Development Goals (SDGs) were approved. This reversal is threatening to put the second SDG of Zero Hunger out of reach. And since the SDGs are all inextricably linked, it risks setting others back as well.

Creating a world without hunger is not simply a matter of increasing crop yield; we already grow enough food to feed 10 billion people. Rather it requires a holistic approach to how food is produced, processed, stored, transported, marketed and consumed. It also requires donors, development practitioners, governments and the private sector alike to think across sectors. Issues as diverse as water management, sanitation, climate change adaptation and gender equality all play a role in creating a world without hunger.

More than 1.7 billion women and girls live in rural areas – more than one-fifth of all humanity. Too often, their voices are not heeded in their homes and communities; too often, they lack control over household finances and even their own bodies.

The pattern of inequality for rural women is established early in life. While all youth are two to three times more likely to be unemployed than adults, those who are both young and female face the greater obstacles. Adolescent girls in rural areas are more likely than urban girls to marry as children, and to have children when they are barely out of childhood themselves. The Commission on the Status of Women notes that rural women and girls tend to be less educated, with less access to information and labour markets and fewer learning opportunities than rural men and boys.

Addressing discrimination against girls and women is not simply a matter of justice and human rights. Women’s education, health, nutritional status and decision-making power have significant impacts on the health and nutritional status of children. Improvements in women’s status and education were responsible for 43% of the reduction in malnutrition in the 25 years to 1995. Researchers found in 2010 that child mortality decreased by 9.5% for every additional year of education for women of reproductive age.

Women’s education and empowerment are critical for building healthy societies and economies. The Cost of Hunger in Africa report says that stunting results in estimated annual losses to national gross domestic product of up to 16%. Other reports estimate that every dollar invested in stopping chronic childhood malnutrition generates a return of between $16 and $30 in improved productivity.

IFAD has long recognised that ending poverty and hunger – and achieving the first and second SDGs, as well as the fifth goal of gender equality – requires empowering women and girls, economically and socially. This can only come about if we address the root causes of gender inequality, including prevailing social norms, entrenched attitudes and behaviour, and discrimination and social systems. With this in mind, IFAD piloted with its partners methodologies to promote equitable relations within the household and a fair division of labour and decision-making.

The results we have witnessed are transformative. Women’s workload is reduced, and men share domestic chores and childcare. Women have more autonomy and greater rights, including rights to the land they farm. Women can buy and sell livestock, and travel to market to sell their produce. Households have greater food and nutrition security, and more children – including girls – attend school. The initial pilot worked so well that we have now scaled it up to reach more than 75,000 households in more than 40 African countries.

This is just one of many actions we can take to create the conditions for empowering girls and women and improving nutrition. The G20 can help countries develop public policies and investments that support gender equality and inclusive agricultural development.

Leave no one behind

IFAD appreciates the leadership of the Argentinian G20 presidency in bringing women’s empowerment to the fore. We have been particularly pleased to note the emphasis on rural women and their role in development, while recognising that change may be more difficult to implement in rural areas, where gender norms are more entrenched. We hope that the key recommendations put forward by the W20 Summit will be taken up by G20 members. By working together towards long-term solutions, we can address the problems that hold back human development, and in so doing create a world where no one is left behind.