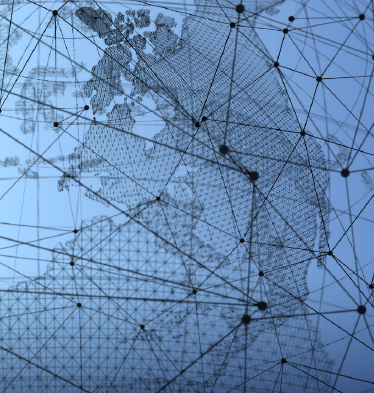 The Right Honourable Paul Martin, former prime minister of Canada, explains the responsibility that comes with living in a globalised world, where we are connected in our action as much as our inaction

Unfortunately, the past year was not a good one for collective action, as witnessed by the most recent global get-togethers from the G7 to the G20, from the Asia-Pacific Economic Cooperation forum to the Munich Security Conference, and, most recently, the Arctic Council.

It is against this backdrop that the Osaka Summit will be held. It is here that the participants must make up for lost time by laying the groundwork needed for long-term foundational responses to the matters at hand. The issues are many.
The first is Africa. At the Hamburg Summit two years ago, the G20 launched the Compact with Africa, which is now in its early implementation stage. The Osaka Summit must ensure that the result is not a scramble for Africa primarily benefiting donors, but rather that we recognise that the key to the continent’s longer term success will be investing in the generations to follow.

For instance, education, particularly for girls, is crucial to ensure a stable, prosperous future. If Africa succeeds in many areas but fails here, it will be all for naught. In the same vein, we should emphasise the need to support private sector development in Africa to propel the many progressive African entrepreneurs who will require funding if they are to succeed in opening markets to new frontiers. Compact partners must commit to working with African innovators who can enable the continent to become carbon neutral as its economies progress, improving the lives and health of those who live there while helping – as we all must – to clean the air we breathe worldwide.

This brings me to climate change. When the United States announced its intention to withdraw from the Paris Agreement, it was commendable that the other members of the G20 did not flinch. But the fact remains the same: global climate change will not be solved unless every country confronts the issue. We need to face up to the reality that climate change is a borderless problem and that each country is inextricably linked to the actions of the whole. There is no doubt that the wave of consequences from those who do not act will be felt around the world.

Across continents, our children are now out in the streets protesting the inaction of the generations before them who have compromised their futures. We must not merely applaud the young generation, but rather deliver results in a meaningful and durable way, transforming their calls to action into a global system that works. Quite simply, we cannot afford to paint the old economy green.

We need to transition to a new economy, one that has the environment written into its core.

Finally, it is important to point out that many of the issues facing the Osaka participants are interconnected. They can be better solved by reflecting on where and how to double up. An example of this is the recent proposal presented to the Osaka G20 by the Friends of Ocean Action to combat illegal fishing. This proposal serves to both connect our environmental goals and our commitment to Africa, given that so much of the overfishing is taking place by non-Africans off that continent’s coasts.

Here we see the importance of replacing vague promises on overarching issues with specific commitments, so that the G20 Research Group, which sponsors the book containing this article, can zoom in to monitor members’ compliance, their impact and the ways we can build on that impact. What Osaka and subsequent summits must do is catalyse a virtuous cycle of G20 commitments, compliance and correction.

I have raised but a few issues here. What ties them together is the most important point of all. In a world in need of collective action, this last year has not been our best. Unilateralism is back in stride, frustrating much needed effort. Of all the challenges facing the G20 in Osaka, a return to cooperation is of the essence. This has to be the year of multilateralism’s comeback.