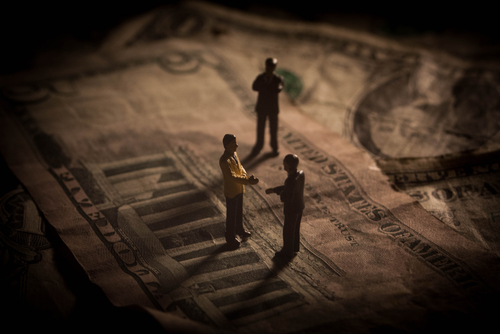 G20 Rome: financial crime and corruption must be prioritised
Share

Financial crime, which has been exacerbated by the pandemic, is costing the world trillions, contributing to organised crime and harming wildlife. It’s time for the G20 to step up

G20 leaders must prioritise fighting financial crime and corruption at their first in-person summit since the COVID-19 pandemic began. These issues connect the Italian G20 presidency’s three pillars of ‘People, Planet, Prosperity’: by removing profitability from crime while focusing on protecting human rights, the G20 can lead a more equitable global recovery for everyone. Corruption costs more than $2.6 trillion – 5% of global gross domestic product each year – according to the World Economic Forum, and the United Nations says between $800 billion and $2 trillion is laundered annually. Yet these estimates do not include the peripheral costs of widespread and wide-ranging criminality. The G20 has always worked on these issues and is uniquely placed to continue to drive positive change. With the release of the Pandora Papers, the largest leaked exposure of the elite’s offshore holdings, world leaders must act together to stamp out illicit financial flows and corruption.

As 4 billion people sheltered at home during the pandemic, the pace of transformation and uncertainty linked to new ways of working, disruptive technological innovation, and economic and supply chain shocks created an attractive landscape for criminality to thrive. Challenges includes the commercial exploitation of gender-based violence and online child abuse, fraud, ransomware, ecocide, theft of state resources, tax evasion, and the trafficking of drugs, humans, wildlife, and counterfeit and pirated goods. Cybercrime, including computer and mobile-enabled fraud, asset misappropriation, ransomware and state-sponsored hacking, has flourished with costs expected to reach $10.5 trillion annually by 2025. The United States, India, Russia and Turkey are among the top countries affected by denial-of-service attacks for payment. Environmental crimes such as forest exploitation, illegal fishing, wildlife trafficking, waste dumping and illegal mining generate as much as $281 billion and contribute to climate change. Trade in counterfeit goods, including fake or out-of-date baby food and medicines, is estimated at $464 billion (2.5% of world trade) and threatens global health and safety while fuelling organised crime. And drug trafficking remains a major issue with the global opioid crisis and more than a quarter of a billion people using illegal drugs. Poor governance combined with misuse of public funds hinders economic and social recovery, threatens political stability, feeds conflict and organised crime – and impedes progress on the Sustainable Development Goals.

The G20 has led in setting the global agenda on fighting crime and corruption since its 2009 Pittsburgh Summit. It has traditionally followed a partnership model, working with international organisations including the Financial Action Task Force, the World Bank, the International Monetary Fund, the Financial Stability Forum, and the Organisation for Economic Co-operation and Development, often asking them to assess emerging risks such as tax evasion, terrorist and proliferation financing, digital payments, ransomware attacks, innovation in technology, cryptocurrencies and stablecoins. The G20 has also tasked its partners with identifying ways of limiting harm, committing to or endorsing initiatives such as transparency of beneficial ownership and cross-border payments, transparency in sports and the extractives industries, enhanced due diligence standards for politically exposed persons, criminalisation of bribery, enhanced mutual legal assistance, and improved asset recovery and confiscation. The G20’s Anti-Corruption Working Group and other expert groups systematically address corruption and endorse the work of the FATF and FATF-style regional bodies. The G20 also encourages its members and other countries to adopt and ratify international conventions and treaties such as the UN Convention Against Corruption and the OECD’s Anti-Bribery Convention.

The G20 is well positioned for major positive impacts, with 60% of the world’s population, 80% of global GDP and 75% of world trade. But political will is needed to advance against financial crime and corruption. The G20 should task international bodies with exploring further the links between financial and environmental crimes and climate change; identify money laundering risks associated with commitments to net zero such as greenwashing, fraudulent misreporting and cobalt mining in conflict zones; assess the links between profit and gender-based violence, online child abuse and other human rights violations; and identify money laundering and terrorist financing risks associated with decentralised finance. The G20 should continue its work on transparency in beneficial ownership and commit to working with technology companies, industry and civil society to further understand cyber vulnerabilities and preventing money laundering; criminalise environmental crime; call for common data standards to improve intelligence and data sharing on anti-money laundering and terrorist financing; and ensure lawyers and trust service providers are obliged persons for money laundering. G20 leaders should promote the pay transparency of politically exposed persons, encourage the adoption of measures included in the Oslo Statement on Corruption Involving Vast Quantities of Assets, improve legal measures for asset repatriation, and increase awareness of the use of real estate to launder proceeds of corruption as well as preventive measures that should be put in place. This could include a commitment to develop registers of foreign holdings of real estate. As we witness a huge geopolitical shift, the world’s largest global economies must continue to find ways to collaborate in tackling financial crime and corruption.