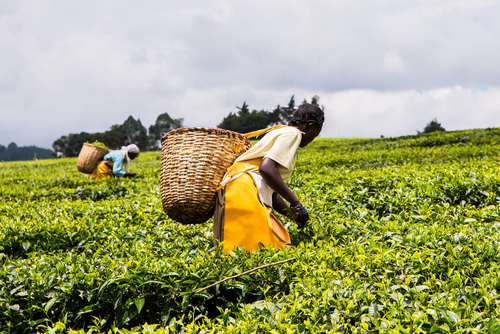 Cultivating food security in the age of COVID-19
Share

As G20 members marshal resources to combat the virus in their cities, towns and rural communities, it is vital that they also support farming communities to keep food systems working in the short term and build resilience in the long term

For the three billion people living in the rural areas of developing countries, the disruption caused by the COVID-19 pandemic may be as dangerous as the virus itself. They are around 80% of the world’s poorest people, working to survive on less than $1.90 a day. As the battle to contain the pandemic continues, it also worsens problems caused by climate change and threatens to push millions more people into extreme poverty and hunger. Urgent action is needed to protect food systems in low-income and emerging economies.

G20 agriculture ministers quickly recognised the danger in April, when COVID-19 began devastating lives and economies in Asia, Europe and the Americas. They saw that emergency measures taken by governments to protect their populations and combat infection could have the unintended effect of disrupting food security and nutrition.

Ministers acted swiftly to ensure that supply chains between farm and city were not broken. Thanks to the joint efforts of governments and private businesses, urban dwellers in high-income countries have largely been spared empty shelves and rampant food price inflation. But in low- and middle-income countries, the consequences are often severe.

Since 1977, the International Fund for Agricultural Development has invested to reduce hunger, increase resilience and raise incomes among the world’s poorest: rural people living mostly in low- and lower-middle-income economies.

In focusing on improving nutrition and developing rural transformation, IFAD is conscious of the need to build the ability to withstand shocks, such as drought or economic crises. This is critical to the long-term success of rural development projects. It is also crucial to building and maintaining peace: the link between disruptions in food systems and conflict is well established.

The survival of millions of small businesses in developing countries – small-scale farms, market traders, intermediaries – rests on fragile links that risk being severed. If these links are not repaired and maintained, seeds will not be planted and crops will not be harvested. Poultry and livestock production will lack inputs. Incomes will fall, unemployment will rise, and hunger and deprivation will increase.

Before the pandemic, hunger had already been rising, reaching an estimated 690 million people in 2019. We were already off track from ending hunger by 2030. Now, the situation is even more urgent. COVID-19 could take the world back to absolute levels of hunger not seen for two decades. This summer’s State of Food Security and Nutrition in the World report estimated an additional 83–132 million women, children and men may go hungry because of the economic fall-out from the pandemic.

Doing nothing is not an option.

IFAD has acted quickly to meet the needs of the communities where we work.

First, we reshaped ongoing projects to address the immediate impacts of the crisis by providing inputs to small-scale farmers, finding ways to keep food markets open and delivering targeted funds where they were most needed. In Bosnia and Herzegovina, we partnered with government to distribute seeds and fertilisers to 9,000 small-scale farmers, enabling them to maintain local food production; in Cambodia our intervention helped women’s cooperatives keep their rice processing businesses open. Second, we have been working with other agencies, including the Food and Agriculture Organization and the World Food Programme, on joint studies to assess the impact of COVID-19. Third, we swiftly mobilised dedicated financial support through the Rural Poor Stimulus Facility.

The RPSF helps rural communities survive the crisis and accelerate the recovery of poor small-scale farmers and other rural people. One among 11 proposals will enable 1.7 million farmers in Kenya, Nigeria and Pakistan to receive tailored information and news via their mobile phones on market access, weather, better farming techniques and financial support.

IFAD has provided $40 million in seed capital to the RPSF and the additional generous contributions from our member states – including Canada, Germany and Sweden – will help keep small-scale farmers in business and enable them to maintain food supply where needs are greatest.

IFAD helps affected farming communities go well beyond recovery and rehabilitation – towards building resilience in the medium to long term. Small-scale farmers are crucial for the world’s food systems. They produce up to half the food calories consumed worldwide and contribute significantly to agrobiodiversity. Amid global trade, transport and market disruption, they help ensure food is available during the pandemic.

As G20 members marshal resources to combat the virus in their cities, towns and rural communities, they must keep sight of the vital role of small-scale farmers and other rural business people in keeping food systems working and in feeding vulnerable people throughout the world.