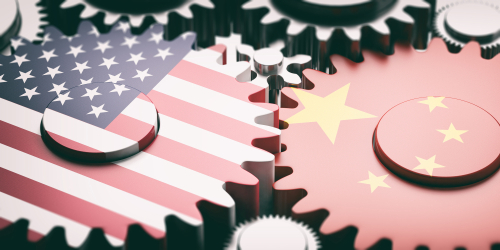 The divergence in attitudes to China will be even more apparent at Rome than they were during the G7, and overcoming this will be key to making COP26 a success

It is difficult to overstate the importance of this year’s G20 Rome Summit. The leaders of the world’s most systemically significant economies meet as the world battles the COVID-19 pandemic and the economic crises it ushered in, as the global community struggles to meet the targets needed to fight climate change, and as international political tensions around the world continue to mount. It is the China-US relationship that is key to all these dimensions of crisis, with recent tensions particularly threatening the success of November’s Glasgow COP26 summit.

The G20 is divided as ever on foreign policies with respect to China. While divisions were apparent among the G7 at this year’s summit in Cornwall in the United Kingdom, they will be all the more apparent in the G20 as the club’s wider range of personal relationships, policies and national interests makes convergence on any issue more difficult to achieve.

China dominated the foreign policy negotiations at this year’s G7. In Cornwall the group announced an alternative to Beijing’s Belt and Road Initiative, dubbed the Build Back Better World Partnership, came to an agreement on how to best approach its export practices and specifically mentioned China in the summit’s communiqué.

As the US led the group in attempting to portray the G7 as undivided and ready to challenge China, doubts, disagreements and divisions nonetheless marred the image of a united front. Although Washington prevailed in including targeted language on China in the communiqué, it failed to convince its European counterparts to support specific actions aimed at Beijing.

The Europeans, well aware of the importance of the Chinese market to their domestic economies, were more hesitant to portray the G7 as a uniquely ‘anti-Chinese’ entity, emphasising their cooperation on economic and climate change initiatives. Germany’s Angela Merkel stressed the need for free trade with Beijing while Emmanuel Macron highlighted France’s goal of strategic autonomy and avoiding the vassalisation of Europe by the world’s largest two economies.

Since the Cornwall Summit in June, divisions on China within the group have widened. The Germans and the French continue to view China as a key economic partner while the United States, United Kingdom and G7 guest Australia recently formed a security pact aimed at countering Beijing’s expansionist ambitions. In response to the AUKUS submarine deal, the European Union’s foreign policy chief Josep Borell stated, “Our strategy is not a strategy of confrontation. It is a strategy of cooperation.”

China and countries more receptive to its economic and diplomatic initiatives in the G20 will make coherence and progress on G7 policies towards China next to impossible – Seoul’s relationship with Beijing, for example, differs significantly from that of Brasilia, let alone Washington. Issues such as the Belt and Road Initiative, the recognition of the Taliban government in Kabul, and trade and labour practices will continue to be contentious, as differing policy positions are highly unlikely to converge. Some of the most intense diplomacy that can be expected to happen in the corridors in Rome will involve Chinese delegates rallying countries against the G7 bloc, all while publicly lamenting US attempts to form an anti-China coalition.

Perhaps most significantly, climate change initiatives are at the top of the G20 agenda. Yet, Beijing has recently stated that it no longer sees them as independent of its overall diplomatic relations with the United States. China’s Foreign Minister Wang Yi, in a meeting with US presidential climate envoy John Kerry, declared “China-US climate cooperation cannot be separated from the wider environment of China-US relations”. This complicates already difficult negotiations in the final stretch before the COP26 summit in Glasgow, particularly if the US intends to double down or expand on its balancing moves against China.

This year’s G20 summit is the international community’s last chance to make major strides on the climate change agenda before the COP26 in Glasgow. The China-US relationship that is key to success at COP26 and what happens amongst the two powers and their respective allies in Rome will give summit watchers the best indication of the likelihood of success in Glasgow.