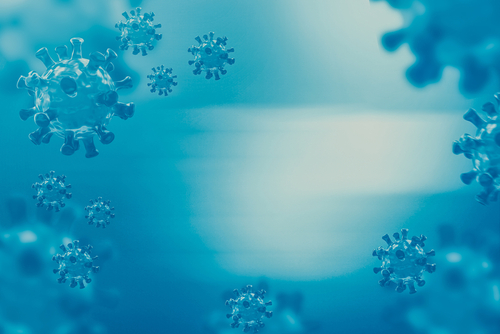 COVID-19 has exposed the weaknesses of multilateralism. To move forward, the G20 must chart a path forwards with an international agreement on pandemic preparedness

The COVID-19 pandemic is far from over and its dynamic is changing the world. G20 leaders have the opportunity to discuss the latest developments at their Rome Summit and will have to come to the conclusion that the pandemic’s impact will continue to be catastrophic. It has made the world more unequal and more fragmented and reinforced polarisation within countries and between political systems.

The G20 must accept that the response to the pandemic was defined by collective failure – including by its own members – and must work to counteract the weaknesses of multilateralism so clearly exposed by the virus. Two stood out in the early phase of the pandemic: countries had not sufficiently implemented the only framework for collective action – the International Health Regulations adopted in 2005 under the constitution of the World Health Organization. And the WHO’s declaration of a public health emergency of international concern – declared on 30 January 2020 – was not taken seriously by many countries.

The G20 must be self-critical. Lack of leadership has been a root cause for the spread of the pandemic. When the significance of the outbreak finally hit countries in March 2020 many leaders failed to understand the interconnectedness of the challenge and to act in concert in close cooperation with the WHO. The geopolitical stand-off between the United States and China, which also embroiled the WHO, further hampered the development of a coordinated global response – indeed, countries have used the pandemic for geopolitical gain. As predicted, new variants have emerged, which now prolong the pandemic for all – even more so because of the extreme vaccine inequity that resulted from the lack of cooperation and unwillingness to share. The world is far removed from entering a post-pandemic era.

As before – after severe acute respiratory syndrome, H1N1 influenza or Ebola – discussions were initiated on major reforms of the health emergency ecosystem, including at the G7 and the G20. A wealth of recommendations has ensued. The words are all there: the world must urgently implement fundamental reforms that improve preparedness and response based on reciprocity and the recognition of shared risks and shared responsibilities. This includes, for example, moving away from focusing on donating medical countermeasures to ensuring technology transfers and fairer provisions for intellectual property, as well as establishing a system of sustainable, predictable, flexible and scalable financing. Multilateralism will only be strengthened if countries are willing to move towards a renewed global social contract that strengthens collective action. Here the G20 can lead.

The threat of pandemics and other health crises is increasing: the environmental, political, socioeconomic and technological drivers and amplifiers of health emergencies are rising. Health crises will increasingly be experienced in tandem with other crises with which the G20 will also have to contend. Recent elections in several countries have indicated the complexity of addressing both a pandemic and the pressing issue of climate change. Many leaders fail to acknowledge the seriousness of these risks, while others are finding it difficult to gain support among voters for the measures that are required.

Several proposals have emerged to strengthen the governance and financing of pandemic preparedness and response, including the proposal by Italy’s G20 presidency to create a Global Health and Finance Board modelled after the Financial Stability Board that followed the 2008 financial crisis. Such a proposal would strengthen the relationship between the health and finance sectors, monitor the adequacy of financing of preparedness and response, assist in identifying financing gaps and priorities, and strengthen the stewardship of financing. It could also identify allocation criteria for the proposed Financial Intermediary Fund for pandemic preparedness and response proposed at a recent White House summit. Other proposals such as a Global Health Threats Council focus on adding mechanisms to the existing global health architecture.

The establishment of a Global Health and Finance Board could be a move towards a new social contract that implies a joint approach to financing global public goods rather than providing support to countries through charity or development aid. But it must be closely linked to the established multilateral system for global health – the WHO and its values, and the mechanisms it has established, including the International Health Regulations.

As the G20 members debate new mechanisms, they should also keep in mind a clear set of additional principles – to ensure the engagement and ownership of all countries, to avoid a further fragmentation of the global health architecture and to ensure the involvement of a broad range of partners given the intersectoral nature of most crises. Accountability and transparency must rank high.

The G20 has a political, economic and moral responsibility to help bring the different proposals (including its own) together as a coherent whole under the constitutional mandate of the WHO. The best way to achieve this is to ensure coherence through the adoption of an international agreement on pandemic preparedness and response that could function as an umbrella for new instruments of governance and financing. The G20 should come clearly out in favour of such an instrument that would bind countries and prepare the way for new collective action for a healthier and safer future.