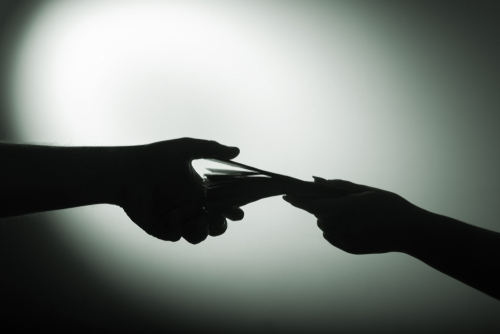 Economic globalisation has created fertile ground for organised crime and terrorism to thrive. A global effort is required to combat this corruption – through partnerships, information sharing and commitment at the leadership level

Corruption is one of the many areas of crime that flourishes from economic globalisation, with far-reaching negative repercussions for political stability, economic development and social prosperity.

It creates a fertile ground for organised crime and terrorism to thrive, as criminals exploit the complicity of corrupt public officials and private actors. In today’s interdependent and increasingly volatile world, such situations make our societies more vulnerable and less safe.

Corruption linked to organised crime relies on a network of legal and illegal links between the public and private sectors. Criminal networks are not on the periphery of legitimate business; they integrate themselves into it to maximise their profits and influence.

Addressing corruption requires a whole-of-society approach at the national level. And investigating complex and transnational corruption cases necessitates cross-border cooperation and the timely exchange of information.

This is reiterated in multiple international agreements, such as the United Nations Convention Against Corruption, and the Convention on Combating Bribery of Foreign Public Officials in International Business Transactions of the Organisation for Economic Co-operation and Development.

INTERPOL’s global infrastructure is uniquely positioned to enable anti-corruption authorities from the organisation’s 194 member countries to join forces and tackle complex corruption cases. Moreover, in the past few years, INTERPOL has developed a range of tailored solutions developed by its dedicated Anti-Corruption Unit.

These include the informal INTERPOL/StAR (Stolen Asset Recovery) Global Focal Point Network, which brings together anti-corruption and asset recovery specialists.

This operational support is reinforced by specialised capacity-building workshops at the national and regional levels that bring together anti-corruption law enforcement authorities and judicial officials.

On a wider scale, the INTERPOL Global Conference on Anti-Corruption and Asset Recovery (last hosted in 2019 in Medellín, Colombia) provides a unique global platform for practitioners from law enforcement, public authorities, academia and business to share their experiences and best practices in the face of evolving modus operandi, technological progress and changing social and economic dynamics.

The collective goal of turning corruption into a high-risk, low-profit criminal activity can only be successfully reached if the partnership principle is fully integrated into operational and strategic anti-corruption endeavours.

This was one of the bases for the launch of the INTERPOL Cooperation Against ’Ndrangheta (I-CAN) project in January 2020. Funded by the Italian Department of Public Security, the project targets one of the world’s richest and most powerful organised crime groups. The ’Ndrangheta is present in 32 countries, supported by enormous financial power built mainly on drug trafficking, corruption and the diversion of public funds through fraud and rigged contracts. With 11 countries currently involved in the pilot of the I-CAN project, a series of arrests have already been made around the world.

The COVID-19 pandemic has created new opportunities for criminal networks, bringing a greater need for vigilance and collective action to prevent public and private corruption.

This can be achieved through partnerships and information sharing. This is why INTERPOL is an active member of the International Anti-Corruption Coordination Centre and consistently collaborates with other key partner organisations such as the Financial Action Task Force, the World Bank and the International Monetary Fund.

Under the G20 presidency of the Kingdom of Saudi Arabia, INTERPOL has developed a stronger presence in the G20 Anti-Corruption Working Group.

We are committed to supporting all efforts to combat corruption, and look forward to maintaining a high-level of engagement with the G20 members and international partners under the incoming Italian presidency for 2021.