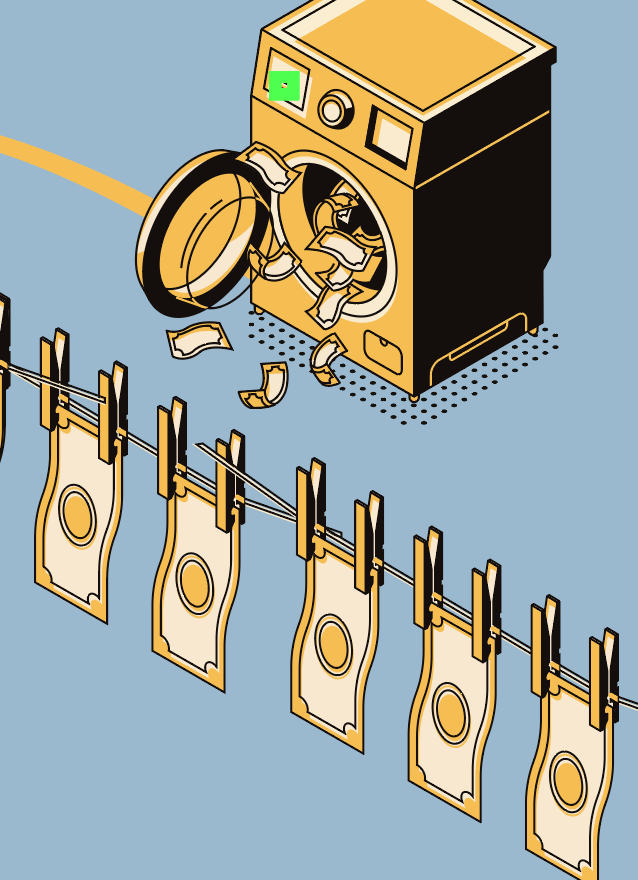 Marcus Pleyer, president of the Financial Action Task Force, warns that large-scale money laundering can only be tackled if countries focus on tangible results

When governments and companies are at their most vulnerable, malicious forces will often strike. So it has proved with the COVID-19 crisis, which has created the perfect conditions for fraudsters, scam artists and money launderers. The Financial Action Task Force has been at the heart of efforts to contain the threat of criminals exploiting the pandemic, by sharing good practices and policy responses with governments and with the public and private sectors. The virus, however, has underlined the risks and vulnerabilities of financial systems, including among G7 members.

The costs of ineffective action are real. Drug traffickers, embezzlers, corrupt politicians and other criminals all use a variety of methods to clean the proceeds of their crimes. Although the G7 has repeatedly made commitments to toughen regulations to prevent money laundering, terrorist financing and proliferation financing, some countries continue to lag behind in vital areas. Even though countries have toughened up elements of their financial system, gaping regulatory holes remain.

The unprecedented human and economic cost of COVID-19 must not obstruct G7 members in the fight against illicit finance. If we want to make societies safer and prevent illicit funds from fuelling organised crime and undermining the integrity of our economies, then the G7 needs to step up and set an example.

It is time for the G7 to reinforce its commitments to target the illicit profits of serious organised crime. As members of the FATF, the G7 members should demonstrate leadership to other members and to the wider global community, including the G20, by doing the following:

• Effectively regulate and supervise both the financial and non-financial sectors – especially lawyers, accountants and trust and company service providers – because they are vulnerable to money laundering and tax evasion.

• Set up and expand public-private partnerships, to share crucial information, so that the billions spent on compliance by banks start to generate real results.

• Ensure law enforcement agencies have the skills and resources to conduct financial investigations, and to seize and confiscate the proceeds of crime, including through international cooperation.

The G7’s work in these areas is crucial as criminals adapt to a drastically changed world. Law enforcement agencies have reported rises in online fraud, cyber fraud and the use of cryptocurrencies to launder illicit proceeds. The G7 should prioritise fully implementing FATF standards at home to combat these threats, and help other countries effectively implement them too.

How the FATF can help

The FATF has ensured countries have the rules and tools to tackle money laundering and terrorist financing. The G7 needs the political will and capacity to use them in full. Under its German presidency, the FATF is looking to support the digital transformation of private and public sector tools to more efficiently detect illicit finance, to understand and combat environmental crime by following illicit financial flows connected to it, and to tackle the increasing scourge of ethnic- or racist-driven terrorism, to follow the illicit funds linked to far-right ideology. It will also prioritise work on the links of illicit arms trafficking and terrorist financing and migrant smuggling, one of the G7’s priority areas.

The G7 has rightly focused on the issues of terrorism and proliferation. The FATF has led global efforts to combat the financing fuelling these two threats and maintained North Korea and Iran on its list of “high-risk jurisdictions subject to a call for action”.

Cyber risks are a growing threat to the stability and integrity of the financial sector. The FATF has issued the first global standards to prevent the misuse of cryptocurrencies for money laundering and terrorist financing. More generally, it clarified that the revised FATF standards also cover so-called stablecoins. The FATF will continue to review and monitor virtual assets to assess the risks and opportunities presented by this developing technology.

As threats emerge, the FATF will remain vigilant. G7 members play a crucial role in ensuring the integrity of the international financial system – which is only as strong as its weakest link. They need to show leadership, live up to their commitments and set an example in the fight against money laundering as well as terrorist and proliferation financing. By working together, we can combat illicit finance and provide a basis for strong, sustainable and inclusive growth for all.