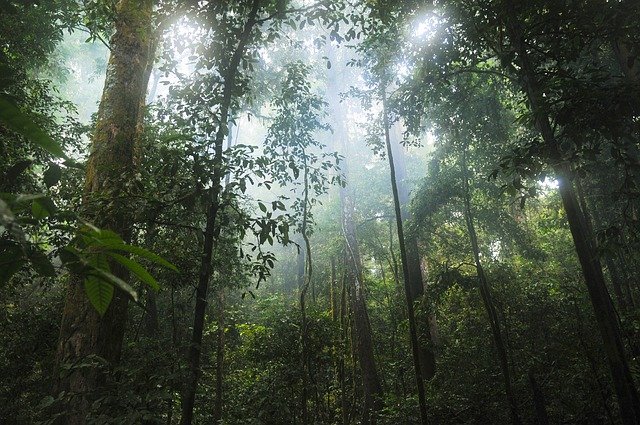 Brittaney Warren, lead researcher on climate change, G7 Research Group, finds a weak correlation between environmental commitments made and compliance, and calls for a doubling-down on efforts to halt the dual climate and biodiversity crises

The G7’s major environmental governance began with climate change in 1979. Biodiversity was added in 1984 and oceans in 1985. Throughout its history, the G7 has made several links between these subjects, especially between climate change and deforestation. This has included recognition of the co-benefits for health, water and food security. The link was expanded at the 2018 Charlevoix Summit, where the leaders recognised that ocean health is “critical to the economic, social and environmental well-being of the planet”, and that global heating is negatively affecting the oceans. They again recognised the co-benefits, stating that protecting the oceans benefits human health, jobs, food security and biodiversity. Subsequently, at the 2019 Biarritz Summit, leaders succinctly stated that climate change, biodiversity loss and ocean degradation are “three interconnected global challenges that threaten peace, security, development, health and economic stability”. In light of this recent apparent advance, just how well has the G7 performed on the environment?

In its agenda-setting conclusions, the G7 dedicated an average of 5% of its public communiqués to climate change at each summit, 3% to biodiversity and 2% to oceans.

On all three subjects, its conclusions rose across four phases: creation from 1975 to 1988, the United Nations environment regime from 1989 to 2003, globalisation from 2004 to 2014, and the post–Paris Agreement and the Aichi biodiversity targets after 2015.

Although the G7’s environmental performance was comparatively low relative to other subjects, its strongest performance came in the current phase.

On all three environmental subjects, the G7 made 809 collective commitments as identified by the G7 Research Group. On climate there were 369, on biodiversity 168 and on oceans 272 (with some overlap).

Thus, within their own subject silos, biodiversity and oceans had their strongest commitment-making performance in the current phase, with climate declining. This decline is partly explained by the US withdrawal from the Paris Agreement and US president Donald Trump’s consequent decision to opt out of the G7’s climate change commitments.

The G7 Research Group has assessed G7 members’ compliance with 112 environmental commitments and found an average of 75% across all three components. On climate change, compliance averaged 74% with the 91 assessed commitments. On biodiversity, it was 69% with the 11 assessed and on oceans it was 87% with the 10 assessed.

Thus compliance rose for climate change and for biodiversity, while oceans had consistently high compliance.

There is a weak correlation between the number of environmental commitments made and members’ compliance with them. The accountability measures that have more impact are pre-summit ministerial reinforcement and surrounding UN summit support. These two mechanisms will prove especially important now, with the UN climate and biodiversity conferences both delayed due to the COVID-19 crisis. The G7 has recognised the links between the environment and health, which are evident in this pandemic. To prevent such health crises in the future, the G7 must double down on its efforts to stop the dual climate and biodiversity crises, by strengthening its internal governance mechanisms and supporting the global multilateral environmental regime, even if it must do so virtually.