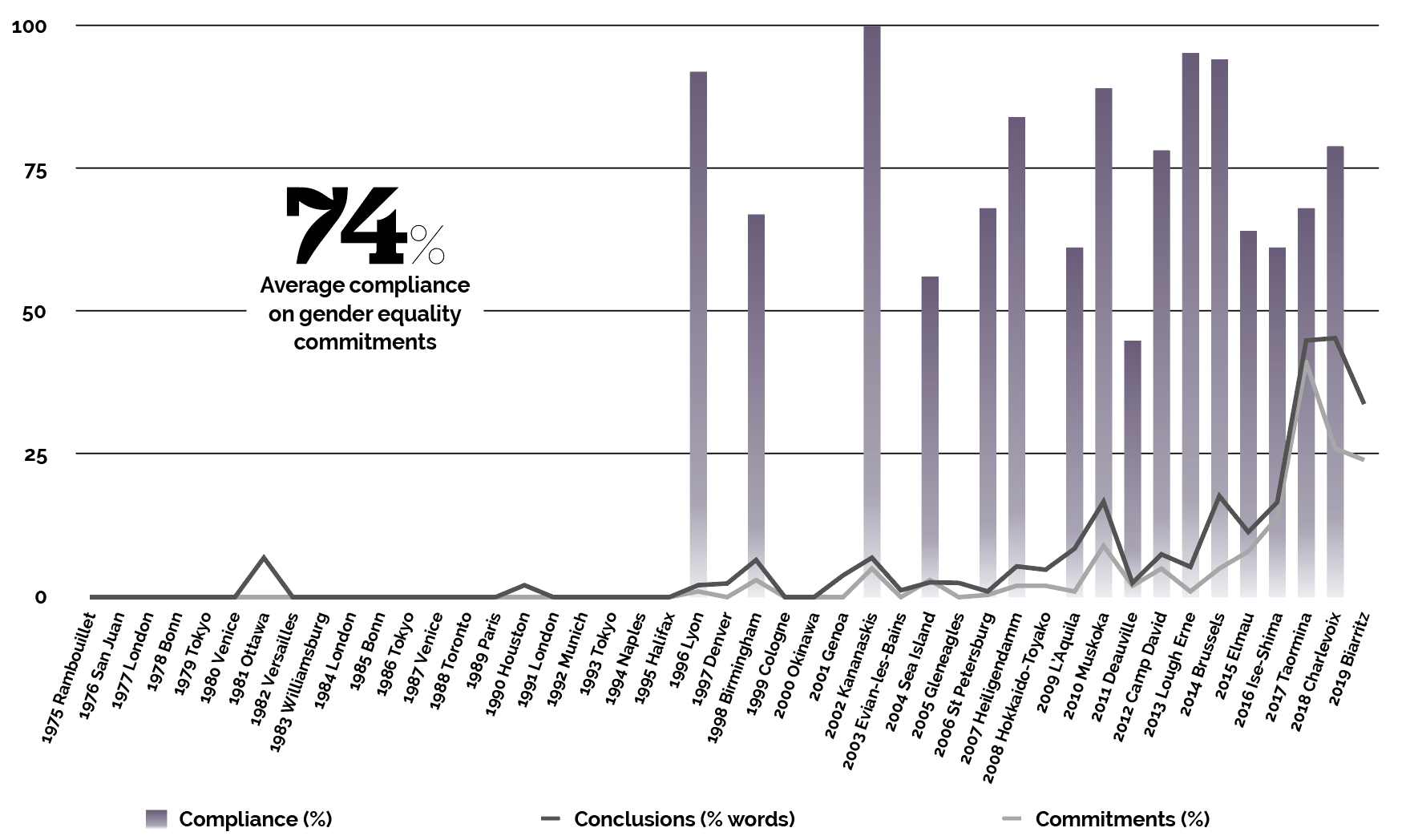 COVID-19 threatens women disproportionately, writes Julia Kulik, director of research, G7 Research Group, as she calls on the G7 to apply a gender lens to the globally coordinated response that this pandemic demands

The US G7 presidency took place as the world faced one of the largest global health and ensuing economic crises in decades. For the first time in history, G7 leaders postponed their annual meeting due to the contagion of COVID-19 and its implications for international movement and travel. The case for a coordinated global response led by the G7 has never been clearer but depends on leaders’ willingness to work collectively for the common good. Once this pandemic dissipates, the world will be different, but the earlier challenges will remain, many in exacerbated form.

This is true for gender inequality. COVID-19 threatens women disproportionately as they comprise the majority of front-line healthcare workers globally. The G7 must continue to mainstream gender throughout its work, including by applying a gender lens to its badly needed, globally coordinated response to COVID-19. Strengthened maternal and parental leave policies, elimination of the gender wage gap and the prevention of violence against women remain essential.

G7 leaders first publicly addressed gender equality at their 1990 Houston Summit. The issue appeared sporadically at first, but it remained continuously from the early 2000s and steadily increased after 2013. G7 communiqués averaged 683 words on gender equality at each summit, or close to 6% of the total words.

The three most recent summits addressed gender equality the most. The 2017 Taormina communiqué contained 3,888 words (45%) on gender equality. In 2018 at Charlevoix this rose to 5,086 words (45%), the highest and most mainstreamed gender equality has ever been. It slightly declined at Biarritz in 2019 to 2,441 words (33%), but was still significantly higher than average.

Only in 2016 at Ise-Shima did G7 leaders start releasing stand-alone documents on gender equality. The 2018 Charlevoix Summit produced two statements. The 2019 Biarritz Summit produced three statements on improving education for women and girls in developing countries, ending gender-based violence in a digital context and launching the Biarritz Partnership on Gender Equality.

Most commitments were made in 2015 and 2018. Until 2015 they were mostly related commitments rather than core gender commitments, such as addressing HIV/AIDS, improving maternal and child health, and improving educational outcomes for girls in Africa. By the 2015 Schloss Elmau Summit, gender equality became a more central goal, with 25 commitments, followed by 36 at Ise-Shima in 2016 and 69 at Taormina in 2017. In 2018 at Charlevoix, the G7 made a record 72 commitments on gender equality. This plunged to 17 at Biarritz in 2019.

The G7 Research Group has assessed 36 core and related gender equality commitments for compliance by G7 members. G7 members averaged 74%, just below the average across all subjects of 76%. The commitments with the highest compliance focused on health, a notable finding as the G7 confronts the COVID-19 crisis now. Those assessments included improving maternal, newborn and child health outcomes for women and supporting health interventions for the most vulnerable.

The commitments with the lowest scores focused on removing legal barriers to women’s economic participation, supporting refugee and internally displaced women and girls affected by conflict and disaster, and mobilising the private sector to develop strategies to prevent violence against women.

The highest complying member was Canada at 89%, followed by the United Kingdom at 85% and the United States at 79%. The lowest compliers were Italy at 54% and Japan at 70%.

The presence of compliance catalysts, which are elements embedded in the commitment text that provide direction for implementation, generally improves compliance with it. However, gender commitments with embedded catalysts average the same compliance as those with no catalysts embedded. The catalysts that caused the highest gender compliance referred to a specified actor and an international organisation through which the G7 would work.