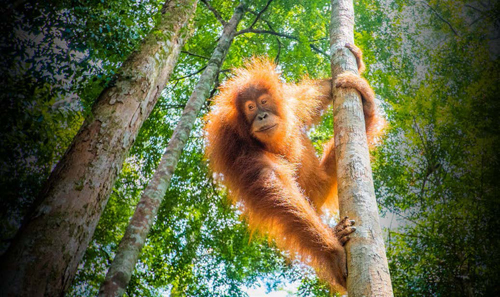 Biodiversity is directly related to human security and the well-being of ecosystems, and key to global environmental governance and sustainable development. France’s 2019 G7 presidency has adopted it as a priority for the Biarritz Summit. The G7 environment ministers’ meeting, held alongside the plenary of the Intergovernmental Science-Policy Platform on Biodiversity and Ecosystem Services in Metz on 5–6 May 2019, sought to address biodiversity through an inclusive and equitable approach. The ministers adopted the Metz Charter on Biodiversity and introduced biodiversity finance for the G7’s consideration. As the world enters the last year of the Strategic Plan for Biodiversity 2011–2020, the Biarritz Summit is a critical juncture at which to craft global frameworks on biodiversity, facilitated by a consortium of the world’s most developed economies.

G7 leaders first addressed biodiversity in 1987, dedicating 145 words to the subject in their concluding communiqué. In 1988, biodiversity accounted for 190 words. Since then, it has been addressed at every summit except for 2017.

Most G7 commitments on biodiversity focused on the sustainable management and protection of tropical forests, oceans and ecological balance. They also frequently referred to international institutions and conferences such as the United Nations Environment Programme and the 1992 UN Conference on Environment and Development.

The G7 Research Group has assessed 12 biodiversity commitments for compliance by G7 members. It found compliance averaged 76%, close to the overall average of 75% for all issues. By member, Japan led, followed closely by the United Kingdom and the United States.

The first commitment assessed in 1987 scored 65%. The second, a promise to cooperate with Brazil on tropical rainforest protection made at the 1990 summit, scored 0%. Compliance has been inconsistent. The mid 2000s witnessed a gradual decrease, and then an incremental increase in compliance between 2008 and 2015.

The years with the highest compliance rates include 2015 with 91%, 2009 with 89% and 2003 with 88%. The effects of deteriorating climate conditions were visible in 2003, one of the warmest years on record, leading to fatalities in a European heatwave. Scientific evidence published in 2003 also attributed extreme weather events to climate change. In 2009 and 2015, the summits took place just before the meetings of the Conference of the Parties to the UN Framework Convention on Climate Change that produced the Copenhagen Accord and the Paris Agreement respectively. G7 compliance on biodiversity thus correlates with shock-activated vulnerability and key UN summits for global environmental governance. The Biarritz compliance cycle will likely spur high compliance with biodiversity commitments, given recent extreme weather events and the Climate Action Summit convened by the UN secretary-general in September 2019.

Second, the G7 should consider embedding one-year or multi-year timetables in its commitments. Higher compliance comes with commitments that refer to timetables such as the Millennium Development Goals, the 2010 Biodiversity Target or an upcoming ministerial meeting. In light of the 15th meeting of the COP to the Convention on Biological Diversity in Kunming, China, in 2020, the G7 leaders can capitalise on Biarritz as a key opportunity to address biodiversity with ambition and political will, especially prior to a global review of the CBD’s Strategic Plan for Biodiversity 2011–2020.