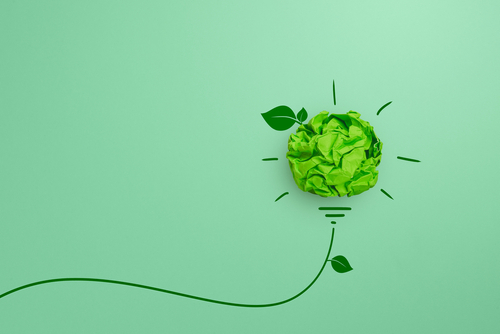 According to the Intergovernmental Panel on Climate Change, we are in an unprecedented era of ecological change that humans are unequivocally accountable for. We are nearing the point at which unpredictable weather events, sea level rise, drought, climate refugees and illness are unstoppable. The G20’s responsibility for this situation is by generating 80% of global greenhouse gas emissions.

On average, the G20 has dedicated 5% of its communiqués at each summit to climate change. This is much lower than the 34% average for its core mission of macroeconomic growth. However, since the landmark Paris Agreement was signed in 2015, the G20 has usually performed above average on this dimension, with consistently rising performance since 2018. Its strongest effort has come since Paris: after 5% at the 2016 Hangzhou Summit, the 2017 Hamburg Summit dedicated 10% of its documents to climate change. Although the 2018 Buenos Aires Summit declined to 5%, this was still higher than most summits before 2015, with the only exception the 2009 Pittsburgh Summit at 8%, boosted by the UN Copenhagen Summit. The 2019 Osaka Summit had 10% and the 2020 virtual Riyadh Summit had the highest to date at 12%.

Compliance with 41 assessed climate commitments averages 70%, close to the G20’s overall average of 71%. Compliance has risen only slightly over time, with peaks and valleys around the UN climate summits. Compliance was 93% with the 2009 Pittsburgh Summit, 85% with 2015 Antalya and 80% halfway between the 2020 Riyadh and 2021 Rome summits, leading up to the UN Glasgow Summit. With the exception of the 2012 Los Cabos Summit’s 80% and the 2016 Hangzhou Summit’s 83%, all compliance valleys came in between these key UN summit peaks.

With climate change a costly reality today rather than a distant probability tomorrow, improving this compliance is critical and urgent.

The seven summits with the highest compliance, at 82%, had 3,867 words on climate; the seven with the lowest compliance, at 60%, had 6,569 words. Similarly, the seven-highest complying summits made 26 commitments and the lowest complying ones made 68. Yet rather than suggest the G20 pay less attention to climate in its communiqués or make fewer climate commitments, this points to other more salient causes of compliance.

Inside institutional design and outside institutional support are two such causes. G20 Research Group data show that holding a G20 pre-summit meeting of environment ministers can increase the G20’s compliance. So too can G20 commitments that refer to the UN Framework Convention on Climate Change and its key agreements and high-level meetings. These commitments boasted 75% compliance, whereas those without this surrounding summit link had only 63%.

Last, the G20 has made very few linkages between climate change and other subjects. Climate commitments that included support for sustainable development had 88% compliance, forests and adaptation had 65% each, climate finance 61%, clean energy and technology 60%, green growth 53%, and hydrofluorocarbons 48% – for an average of 66%. Thus the commitments with no linkage – the UNFCCC-centric ones mentioned above – have 75%. This breakdown shows that the G20 still largely governs in a silo.

Thus, to respond to the current climate crisis, the G20 should hold regular environment ministers’ meetings, strengthen cooperation with the UNFCCC, make commitments with short-term timetables, and move towards a holistic governance approach more conducive to dealing with ecological complexities and the promotion of co-benefits, such as health and food security.