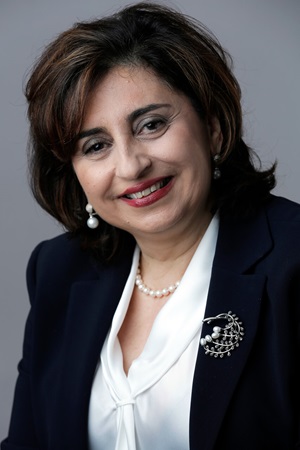 Sima Sami Bahous became UN Women’s executive director on 30 September 2021. She most recently served as Jordan’s permanent representative to the United Nations in New York. Previously, she served as assistant administrator and director of the Regional Bureau for Arab States at the United Nations Development Programme and assistant secretary-general and head of the Social Development Sector at the League of Arab States. She has also served in ministerial posts in Jordan and was director of communication for the Royal Hashemite Court. @unwomenchief unwomen.org

Unlocking the full potential of women

The effects of gender inequality are far-reaching, but with a package of...

Only feminist solutions can bring about the full, equal and meaningful representation...

Afghanistan’s women are critical to its survival