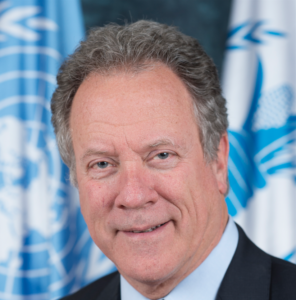 David Beasley was appointed executive director of the United Nations World Food Programme in March 2017. In a public service career that spans more than four decades, he has worked across political, religious and ethnic lines to champion economic development, humanitarian assistance, education, and intercultural and interfaith cooperation for the most vulnerable people around the globe. He served as governor of the US state of South Carolina from 1995 to 1999. Beasley was first elected to public office at the age of 21 as a member of the South Carolina House of Representatives.

A tsunami of hunger

Without coordinated action, the world faces a global hunger crisis never before...

The source of life

The costs of providing humanitarian aid are soaring at a time when...

The pandemic has exacerbated the world’s hunger crisis, exposing the frailty of...

Fighting famine: how the global community can take action

Famine threatens the lives of 34 million people and time is running...