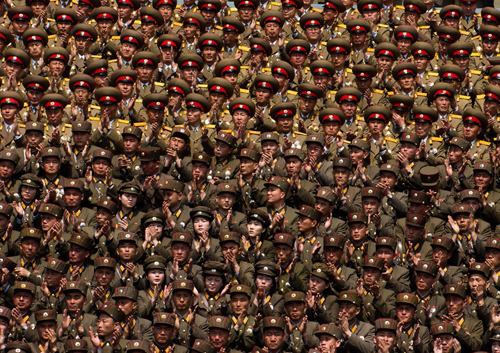 With the greatest threats to global peace and security today coming from East Asia, David A. Welch, university research chair, Balsillie School of International Affairs, and senior fellow, Centre for International Governance Innovation, says it’s time for the G7 to step up on security in the region

The G7 summit began life in 1975 at Rambouillet, France, with the primary aim of promoting macroeconomic policy coordination. Since then, its agenda has broadened to include everything from soup to nuts. International security, however, has rarely been top of mind, East Asian security still less so. The G7 has recently made commitments on security issues, with non-proliferation and terrorism featuring prominently, but in a supporting rather than leading role. It has mostly been willing to let the United Nations and various other formal or ad hoc security organs take the point position.

It is time for this to change. There are both demand-side and supply-side reasons for this.

On the demand side, the greatest threats to global peace and security today are in East Asia. In four major potential flashpoints, nuclear-armed countries stand on opposite sides of the issues: in Korea, on Taiwan, in the East China Sea and in the South China Sea. While tensions in the latter two have calmed lately, the former two look increasingly ominous, aggravated by lingering mutual misperceptions, with the parties entrenched on flatly incompatible positions. Most of the global community insists that North Korea denuclearise, yet the Kim regime gives every indication of believing that nuclear capability is necessary for its survival, and possibly also for its long-term ambitions on the Korean peninsula. As Xi Jinping increases pressure on Taiwan to rejoin the fold – something he seems to regard as a legacy goal – Taiwan recoils, spurred in no small measure by Beijing’s increasingly bold encroachments on Hong Kong’s autonomy. The region desperately needs a stabilising hand.

On the supply side, global security is put at risk by the erosion of post-war liberal internationalist norms that only the G7 is well positioned to defend. The UN, G20, Association of Southeast Asian Nations and BRICS are either too weak, too divided or both. Only the G7 has the necessary critical mass of both capability and commitment.

It is true that the post-war order is being eroded largely by the G7’s most powerful member, the United States. To some extent, therefore, the wound is self-inflicted. A stable international order needs a stabiliser, and the United States has stepped back from this traditional role. President Donald Trump’s transactional ‘Make America Great Again’ approach to foreign affairs undermines Washington’s willingness and ability to provide two crucial public goods on which the liberal international order depends: security and a market of last resort. Trump’s half-hearted, precarious commitment to the North Atlantic Treaty Organization, Asian allies and the UN – along with his rather idiosyncratic affection for hostile authoritarian rulers such as Vladimir Putin and Kim Jong-un – have called into question his judgement and his commitment, unnerving America’s allies and friends. His trade wars threaten to trigger a global contraction that, among other things, will jeopardise poorer and weaker countries’ access to the world’s largest market and make populism, authoritarianism, protectionism and bandwagoning with China more attractive alternatives.

American recalcitrance surely represents a limitation on the G7, but it is a temporary one.

Meanwhile, the remaining G7 members include the strongest, most committed supporters of the liberal international order who, in true Lilliputian fashion, can to some extent bind the wayward Gulliver until he returns to his senses. With the world’s third-largest economy and second-best navy, Japan could play the role of regional champion from a material and geographical perspective, but requires multilateral cover to avoid (unfounded) fears of revanchism. The United Kingdom is beleaguered by the ongoing Brexit fiasco, but at least it expresses the desire, and has some limited capability, to stand up for East Asian order. So does France. Canada has been attempting to be more active in regional security and has made some progress, but there is more it can do both by way of material contribution and in its traditional middle-power role. Germany and the European Union may be currently unable to play much of an active role, but they at least bring some moral authority to the table, and Italy can contribute solidarity.

With such steps, the G7 can bring heft and moral clarity to a region sorely in need of both.