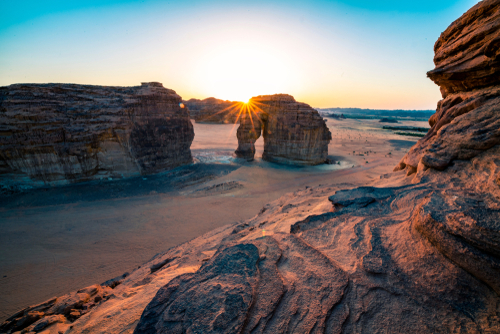 Culture is central to everything of importance that the G20 does. It defines a person’s unique identity and humanity. It connects them with others in the communities they share, which they need to live. It provides a common foundation on which most activity takes place. It creates the essential element of trust among people, who, in a global market economy, may never meet face to face. It brings alive a reverence for a community’s ancestors from a distant past, including for Indigenous peoples, who know how closely humans are connected to, and depend on, the natural world. It gives rise to, and relies on, language, which enables learning, cooperation and social cohesion. It enhances an awareness of the rich diversity of cultures in the global community, thus fostering an understanding and acceptance of differences and helping quell conflicts and build a world of peace.

This cornucopia of culture’s benefits was dramatically displayed and enriched in new ways at the start of 2020, when the COVID-19 pandemic arrived to assault so much of what humans had taken for granted for so long. With individuals locked down in relative isolation, they were forced to rely on their inner strengths and digital forms of communication for cultural enrichment, while they eagerly awaited the return of the genuine, in-person form.

It was thus of immense importance that Saudi Arabia, holding the presidency of the G20 for 2020, initiated the G20’s first joint meeting for the ministers of culture, which has now become institutionalised as an ongoing core component of the G20’s work. Saudi Arabia did so on 4 November, shortly before King Salman bin Abdulaziz al Saud chaired the G20 Riyadh Summit on 20–21 November, at a time when the COVID-19 pandemic curtailed the domestic and global movement of people, goods and services. As the virus infected millions, crippled air travel and tourism, and created economic and social lockdowns, the World Bank predicted a plunge of 5.2% in global gross domestic product in 2020.

Still, the resilience of culture shone through these dark times. People continued to virtually connect, share ideas, express themselves artistically, and visit museums, galleries and historic sites. Such digitalisation of the culture and creative community boosted economic growth, from a sector that before the pandemic produced – according to UNESCO and others – annual revenues of $2.25 trillion, exports of more than $250 billion, almost 30 million jobs and the potential to contribute 10% of global GDP very soon.

The Kingdom’s institutional initiative arose from Prince Badr bin Abdullah bin Farhan al Saud, who, as Saudi Arabia’s minister of culture, with the help of the G20 Saudi Secretariat, mounted and hosted virtually the pioneering ministerial meeting for culture from Riyadh on 4 November, as part of the presidency’s International Conferences Program. It brought together those ministers who knew firsthand, at home, the importance of culture to their own countries and societies and allowed them to share their passions and experience with their colleagues and to enlarge their awareness of the diversity and power of culture across the broad array of G20 members and throughout the world as a whole.

At that first meeting the G20 culture ministers came to a consensus on several central principles, flowing from their overarching theme of ‘The Rise of the Cultural Economy: A New Paradigm’. Together with representatives of several international organisations, ministers addressed heritage preservation, sustainable development and the stimulating impacts of culture on economic growth. They also considered using new technologies, creating digital platforms for artistic expression and expanding access to cultural resources. They thus synergistically linked culture, as a cause, to the natural environment and the economy, and specified how new technology and digitalisation could contribute to culture in return, especially during the COVID-19 lockdowns.

In concluding this historic meeting, Prince Badr declared: “This high-level cultural presence at [the] Saudi G20 Presidency illustrates our shared belief in the vital role of culture in propelling the innovation ecosystem of economies … The onus is on us to preserve our shared heritage for future generations and to produce and disseminate culture in a sustainable manner.” He thus affirmed and expanded the fundamental principle of intergenerational equity, first globally highlighted in ‘Our Common Future’, the Brundtland report published in 1987 by the World Commission on Environment and Development.

To help ensure a living legacy, the culture ministers agreed to meet annually, starting in Italy the following year. Moreover, their inaugural meeting was co-chaired by Dario Franceschini, Italy’s minister of cultural heritage and activities and tourism, whose country would assume the G20 presidency in 2021. At the end of the meeting, he stated: “Precisely in a difficult moment like the one we are experiencing, the universal values of culture can represent the foundations on which to build rebirth … The serious crisis unleashed by Covid-19 has laid the foundations for an important innovative turning point in terms of the diffusion of new technologies.”

Culture’s integral link to the natural environment was reinforced when, in conjunction with the ministerial gathering, Saudi Arabia’s Ministry of Culture announced the Kingdom’s creation of a world-class centre to manage, restore and protect the underwater cultural heritage in the Red Sea and the Arabian Gulf. Overseen by the ministry’s Heritage Commission, the centre would develop this critical asset in Saudi Arabia and throughout the region. It would do so by enhancing research, producing policy initiatives and expanding awareness of the value of underwater cultural heritage as a civilisational legacy for people around the world.

This inaugural culture ministers’ meeting immediately had a living impact at the G20 summit a few weeks later, hosted by King Salman from Riyadh on 20–21 November. This was the first time G20 leaders had addressed culture in their summit communiqué. The Leaders’ Declaration stated: “We endorse the G20 Guidelines for Inclusive Community Development through Tourism and encourage the use of the AlUla Framework for Inclusive Community Development Through Tourism that [aims] to create jobs, empower local communities, especially rural, safeguard the planet, and preserve cultural heritage”. In doing so leaders connected culture to the economy, employment, local and rural community development, and the global ecology.

Saudi Arabia’s living legacy expanded further when Italy assumed the 2021 G20 presidency. Following in Saudi Arabia’s footsteps, Italy mounted the second meeting of G20 ministers of culture on 29–30 July 2021. This was now a face-to-face meeting that Dario Franceschini hosted in the historic Coliseum in Rome. The Rome Declaration of the G20 Ministers of Culture contained 19 commitments, to which all participants agreed.

Eight of these commitments were on culture alone. But the majority of the 19 commitments focused on several other fields that integrally linked to culture. These were led by climate change with five commitments, followed the digital economy with three, labour and employment with two, and crime and corruption with one. Culture and G20 culture ministers thus contributed directly to all three of the G20 Rome’s Summit priorities of ‘People, Planet and Prosperity’, and the G20’s work on the economy, society, ecology and security. Notably, the five commitments on climate change were all ambitious, highly binding ones.

To ensure a living legacy that deepened institutionally, the culture ministers tasked their new G20 Culture Working Group to work with the Organisation for Economic Co-operation and Development, UNESCO and other international organisations to create a strong evidence base to show how the cultural and creative sectors contribute to sustainable and balanced economic growth. They further asked this working group to work on recommendations and actions “advancing the contribution of culture and cultural heritage in addressing climate change and promoting climate-focused cultured action”. They thus focused on culture’s connection to the greatest global existential threat facing humanity, which the G20’s Rome Summit would confront.

G20 leaders responded when they next met, for an extraordinary virtual summit to discuss Afghanistan on 12 October 2021, chaired by Italy’s Prime Minister Mario Draghi. The chair’s summary stated: “The G20 recalls the importance of any action that could undermine Afghanistan’s cultural heritage, in particular its destruction and illicit trafficking, and calls for its preservation”.

Saudi Arabia’s legacy expanded in 2021 in breadth at the ministerial level too. Culture appeared in the communiqués of the meeting of G20 ministers for tourism on 4 May, agriculture on 18 September and, most extensively, foreign affairs and development on 29 June.

Given this proliferating progress from Saudi Arabia’s inaugural initiative, it is likely that the G20 leaders at their Rome Summit on 30–31 October will build on the foundation they laid in Riyadh the previous year. Prospects are also promising when Indonesia takes the G20 presidency for 2022. At the end of their meeting at the Coliseum, G20 culture ministers called for the G20 to continue to work during Indonesia’s presidency and beyond. And Indonesia has been well represented in the G20 culture ministers meetings since the start and has agreed to all the conclusions and commitments produced. In 2022, Indonesia will add to the expanding G20 cultural agenda the rich diversity of Southeast Asian cultures, and move them to centre stage. It will also – with the G20 chair returning to the custodianship of another Muslim-majority country – reinforce and enrich the path set by Saudi Arabia at the start.